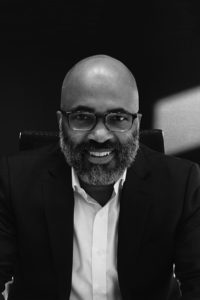 André Taybron is a Founding Partner and Director of Design & Marketing for the Kipara Group, which is a premier residential real estate and design services firm located in Alexandria, Virginia. He is also board president of the All Souls Nonprofit Housing Corporation, having served as a board member from 2015. This group advocates for affordable and deeply-affordable housing for DC’s Wards 1 & 4 by working with local developers to facilitate the preservation of affordable units and create and develop new affordable housing. André has a Bachelor of Science in Communications, broadcast production and electronic media from Appalachian State University in Boone, NC from 1996; a Master of Public Administration from Seattle University from 2000; and a Master of Architecture and Master of Urban Planning from the University of Washington from 2012. Following graduation, André joined Environmental Works in Seattle, where he worked with and advocated for communities with the most vulnerable populations. That work continued with Seattle’s Sound Thinking, which he joined in 2015, with a particular focus on the issues of violence against women and housing opportunities for persons with AIDS. André then moved to the DC metro area in early 2016 to take up a position as a Housing Planner and Public Health Analysis with the District of Columbia Department of Health, HIV/AIDS, Hepatitis, STD & Tuberculosis Administration. In that position he co-managed a program that addressed housing needs of low-income persons living with HIV/AIDS, with an emphasis on health care.