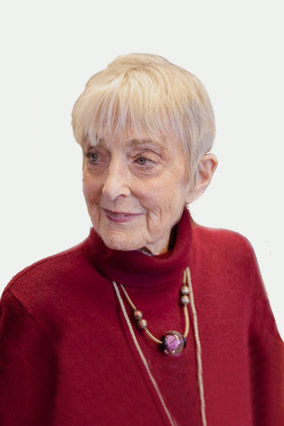 Meredith L. Clausen, born in Los Angeles to a highly musical and literary middle-class family, with close ties to members of the avant-garde in L.A. in the postwar era; her father was on the faculty, then served as chair of music department at LACC for over 40 years. She obtained both M.A. (in Medieval) and Ph.D. (in Modern) in architectural history at UC Berkeley, taught briefly at Stanford, then at the University of Washington where she continues to teach in both the architecture and art history departments.

Her scholarship and research interests range widely, from 19th c. Parisian department stores and pioneering shopping centers to Le Corbusian historiography, Michael Graves, and postmodernism. She has published on Craig Ellwood, Gehry, Koolhaas, and Tschumi, but is perhaps best known for her work on Pietro Belluschi, the Italian-born American architect who was a leading regional modernist in the Pacific Northwest in the ’30s and ’40s before becoming dean of architecture and urban planning at MIT in Boston. She subsequently published a book on the Pan Am Building, which Belluschi designed in collaboration with Walter Gropius, as well as a book on Belluschi churches. Her dissertation was on the Samaritaine department store in Paris of 1905-1910; it was published in 1986, and led to her being asked to contribute an essay on the building’s history in a recent book, La Samaritaine, Paris, 2015, as the well-known historic building on the Right Bank abutting the Pont Neuf just down from the Louvre undergoes major remodeling by the Pritzker prize winning office of SANAA Architects, Tokyo.

Current research interests include John Yeon, architect of the Pacific Northwest; Le Corbusier (then Jeanneret), and his first encounter with Paris in 1908; revisionist perspectives on American postmodernism; and the experiential aspect of architecture, especially as is playing out in the work of SANAA Architects.