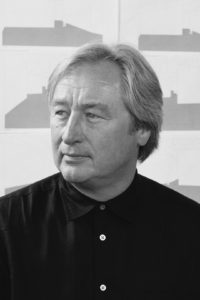 Steven Holl is an architect, educator and principal of Steven Holl Architects, an internationally recognized, innovative architecture and urban design office with locations in New York City, San Francisco, and Beijing. He received his Bachelor of Architecture from the University of Washington in 1971 which included his pursuit of architecture studies in Rome in 1970. In 1976 he joined the Architectural Association in London and established Steven Holl Architects in New York City. As founder and principal, Holl is considered one of America’s most influential architects. He has realized cultural, civic, academic and residential projects both in the United States and internationally including the Chapel of St. Ignatius, Seattle, Washington (1997), the Kiasma Museum of Contemporary Art in Helsinki, Finland (1998), Simmons Hall at the Massachusetts Institute of Technology in Cambridge, Massachusetts (2002), the Nelson-Atkins Museum of Art in Kansas City, Missouri (2007), the Horizontal Skyscraper in Shenzhen, China (2009), the Herning Museum of Contemporary Art in Herning, Denmark (2009), the Linked Hybrid mixed-use complex in Beijing, China (2009), Cité de l’Océan et du Surf in Biarritz, France (2011), Reid Building at the Glasgow School of Art, Glasgow, Scotland (2014), the University of Iowa Visual Arts Building in Iowa City, Iowa (2016), and the Ex of IN House in Rhinebeck, New York (2016).

The firm has been recognized with numerous awards, publications, and exhibitions for quality and excellence in design, including the 2016 Velux Daylight Award in Architecture, 2014 Praemium Imperiale Award for Architecture, the 2012 Gold Medal from the AIA (American Institute of Architects), 15 AIA Honor Awards, 27 AIA Regional Awards, the 2010 RIBA Jencks Award, the 2009 BBVA Foundation Frontiers of Knowledge Award, the 2001 Grande Médaille D’Or from the French Academie D’Architecture, and the 1998 Alvar Aalto Award.

In 2006 Holl received honorary degrees from Seattle University and Moholy-Nagy University in Budapest. He is a tenured professor at Columbia University’s Graduate School of Architecture and Planning. He has also taught at the University of Washington, the Pratt Institute, and the University of Pennsylvania. 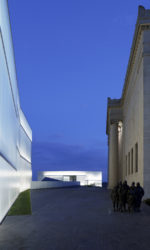 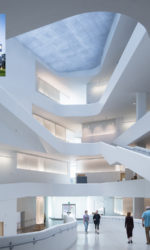 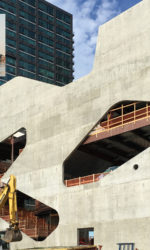 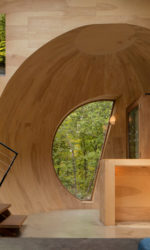