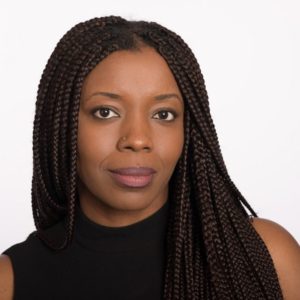 The Department of Architecture is honored to announce that M. Arch 2013 alumna Mariam Kamara has been selected as a laureate by the Awards Committee and the Board of the Prince Claus Fund. The Prince Claus Fund was established in 1996, named in honor of Prince Claus of the Netherlands. It receives an annual subsidy from the Dutch Ministry of Foreign Affairs.

The Fund has presented the international Prince Claus Awards annually since 1997 to honor individuals and organizations reflecting a progressive and contemporary approach to the themes of culture and development. Recipients are mainly located in Africa, Asia, Latin America, and the Caribbean.   This year the laureates are all women or women-run organisations. Although the Fund did not emphasise gender in its requests for nominations, the nominations received reflected a trend of exemplary women making strides in their fields.  (Read about the 2019 Prince Claus Laureates here.)

As noted by the Awards Committee, “Mariam Kamara uses architecture as a means to serve communities and improve lives. Although she acquired a Master’s degree in computer science and worked for seven years in IT, she became convinced she could achieve more for people through architecture and went back to school to become an architect. Her first built project in Niger was a housing complex designed to serve the city’s expanding population. It drew inspiration from pre-colonial traditions, rejecting high-rise towers in favour of compact 2- and 3-storey homes that offer both intimate, private spaces and communal areas. Kamara works closely with local professionals and craftspeople, adapting local building materials to create sustainable solutions. Her designs for public spaces give women in this dominantly Muslim culture more freedom of movement.”

In 2017, Mariam was recognized in the GOLD category of the Department of Architecture’s inaugural Alumni Awards.  This past May, We were honored to have her return to campus as a speaker in our Spring 2019 Lecture Series.  Her lecture, titled “Decoding Context: Material, Sustainability And People-Focus Architecture,” can be viewed online here.

We are thrilled to see one of our graduates receive this prestigious international recognition.   Congratulations, Mariam!